This short film takes us from rediscovery of famed muralist David A. Siqueiros’ América Tropical in the late 1960s up to the adoption of conservation by the Getty Conservation Institute in 1990. It also reexamines the role of art in society, freedom of expression and the nature and impact of censorship.
Through characters, emotion and conflict, the film weaves the uplifting story of the revival of a ghost mural whose artistic qualities and message are still relevant today. 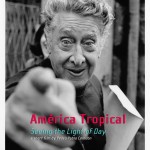